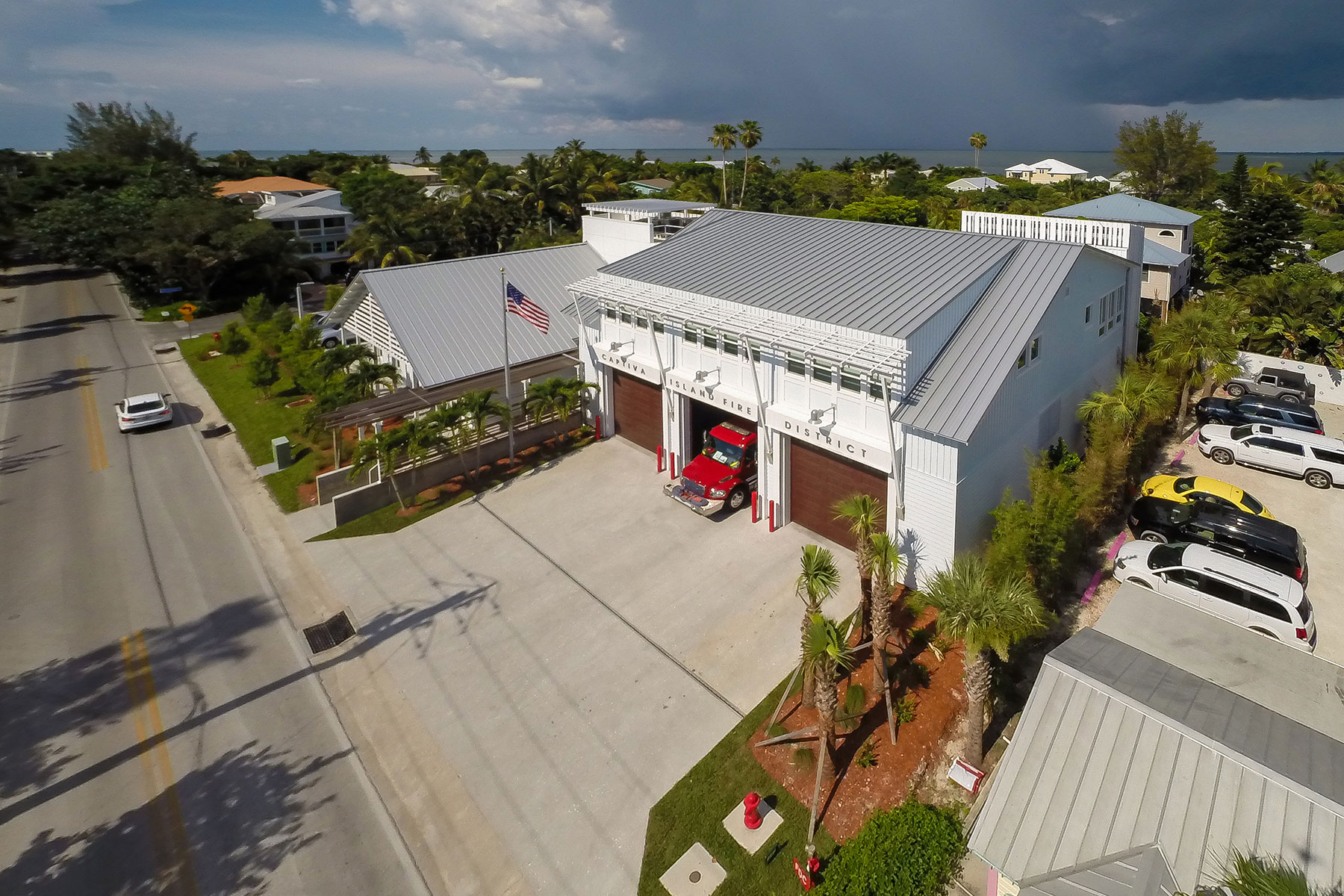 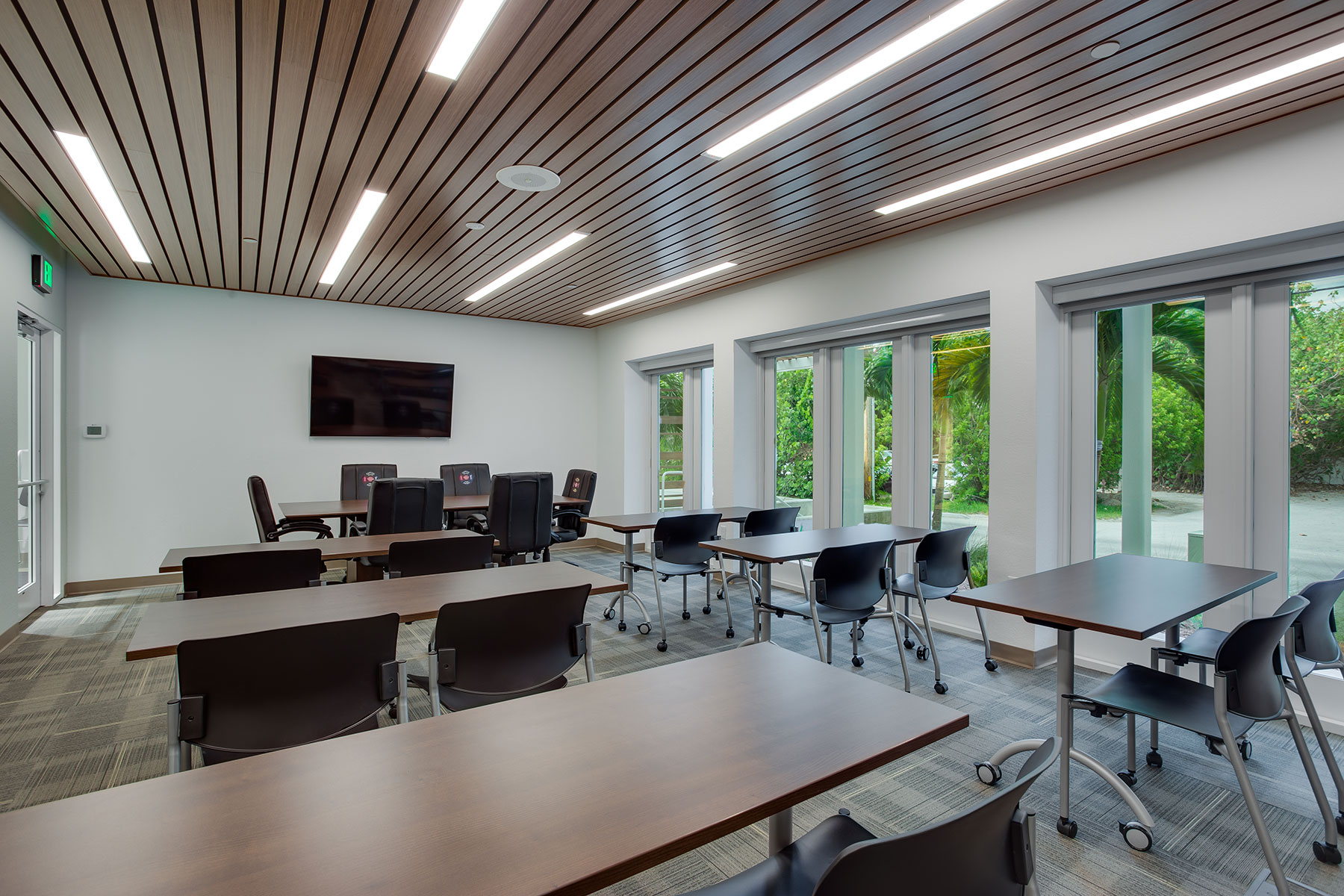 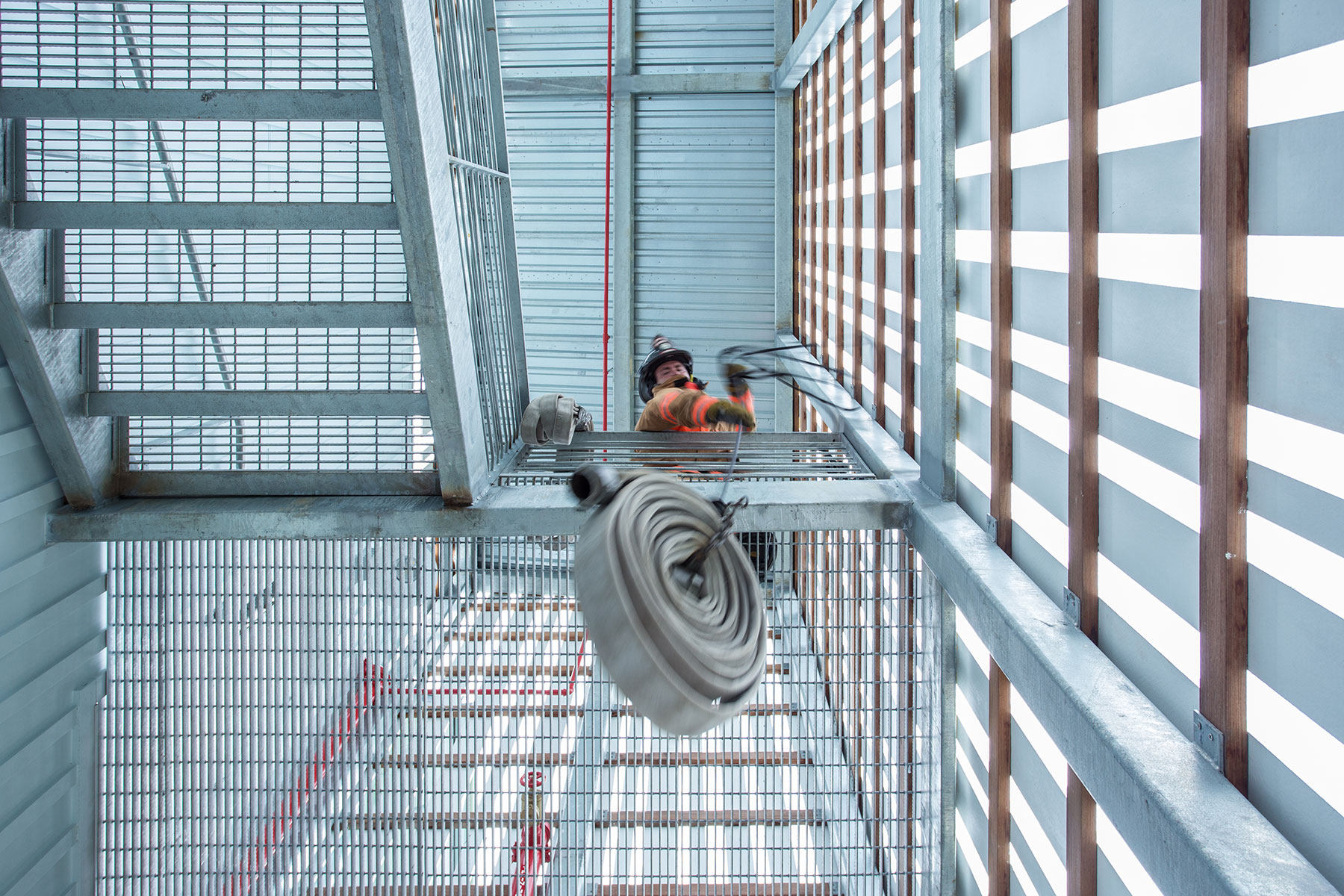 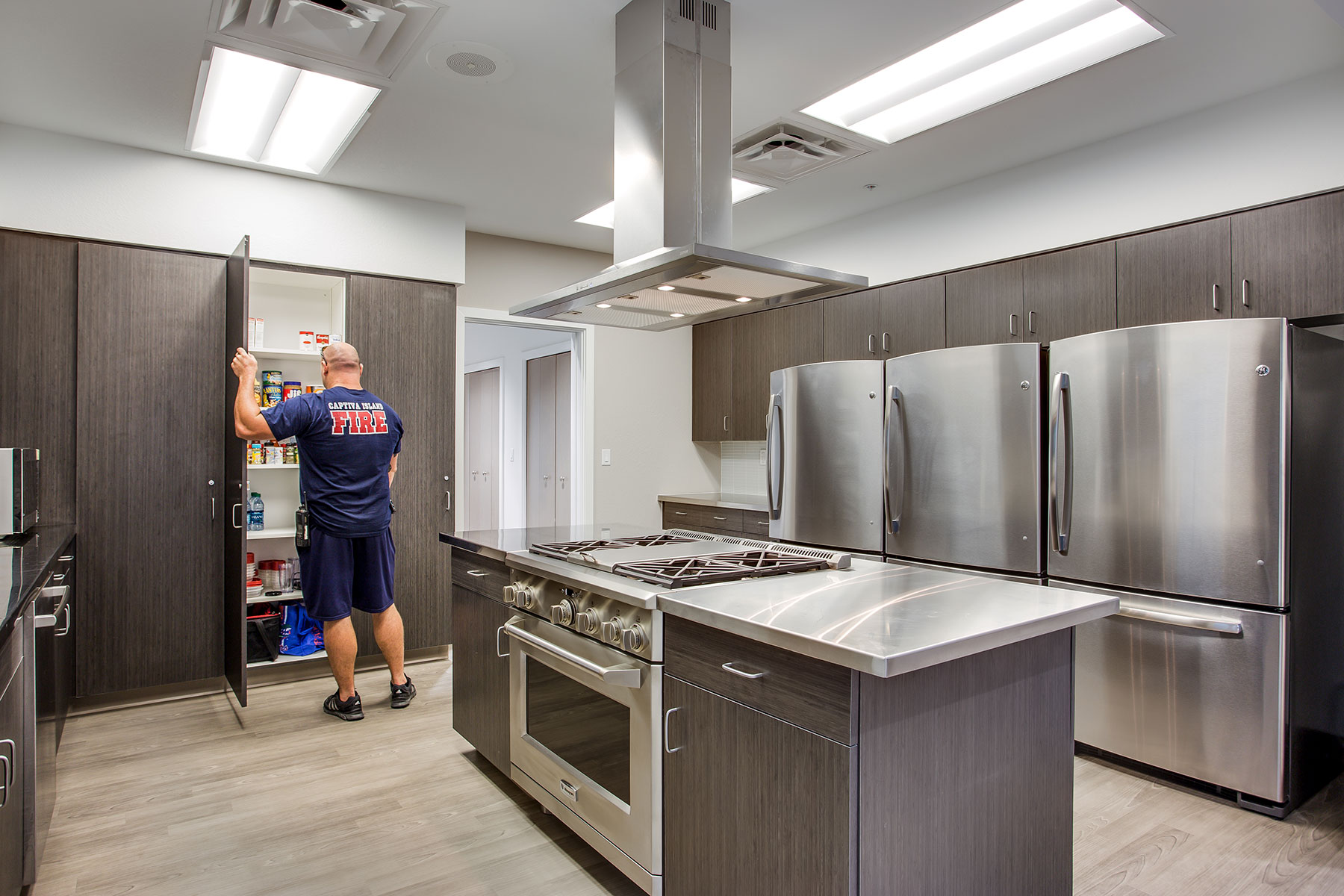 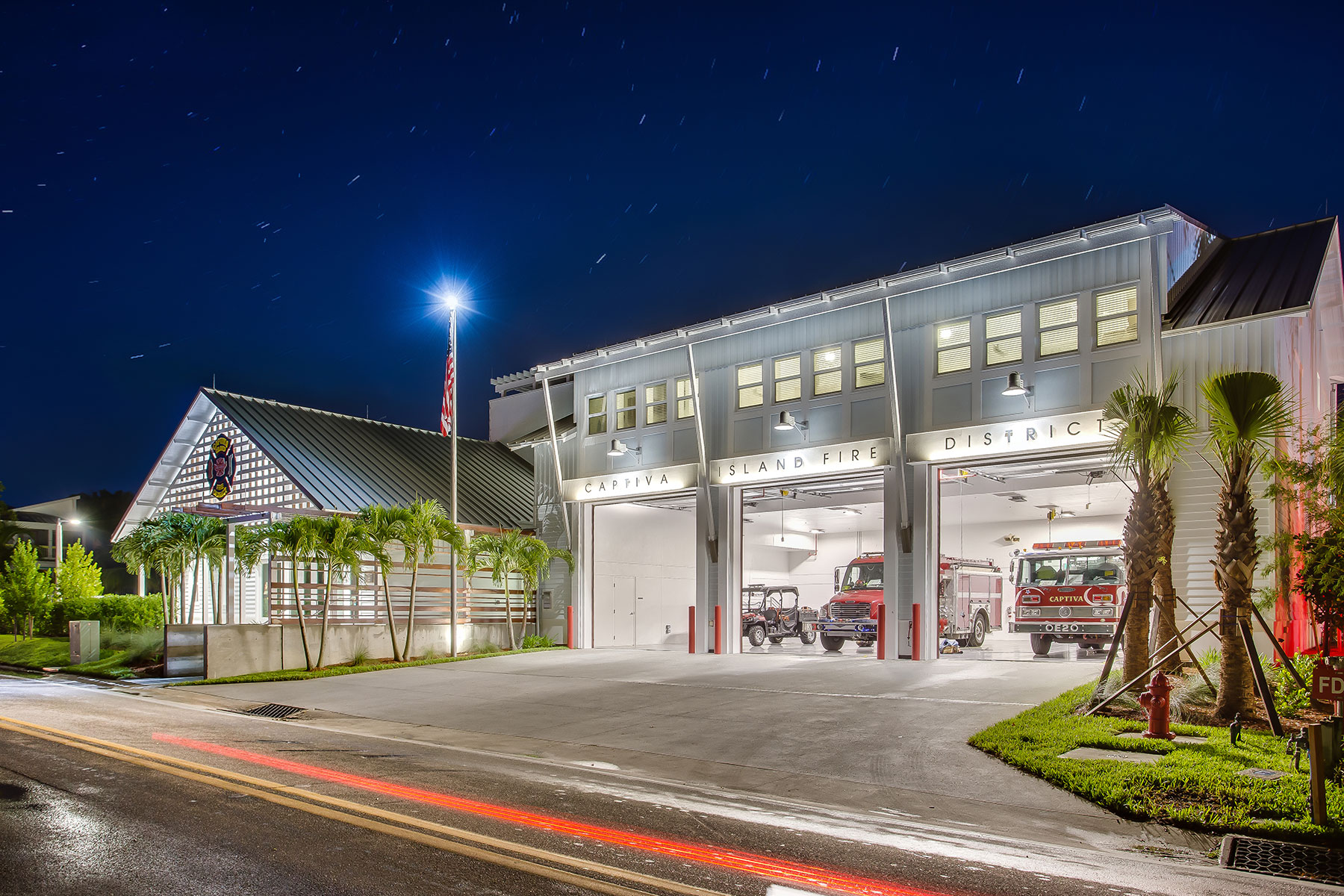 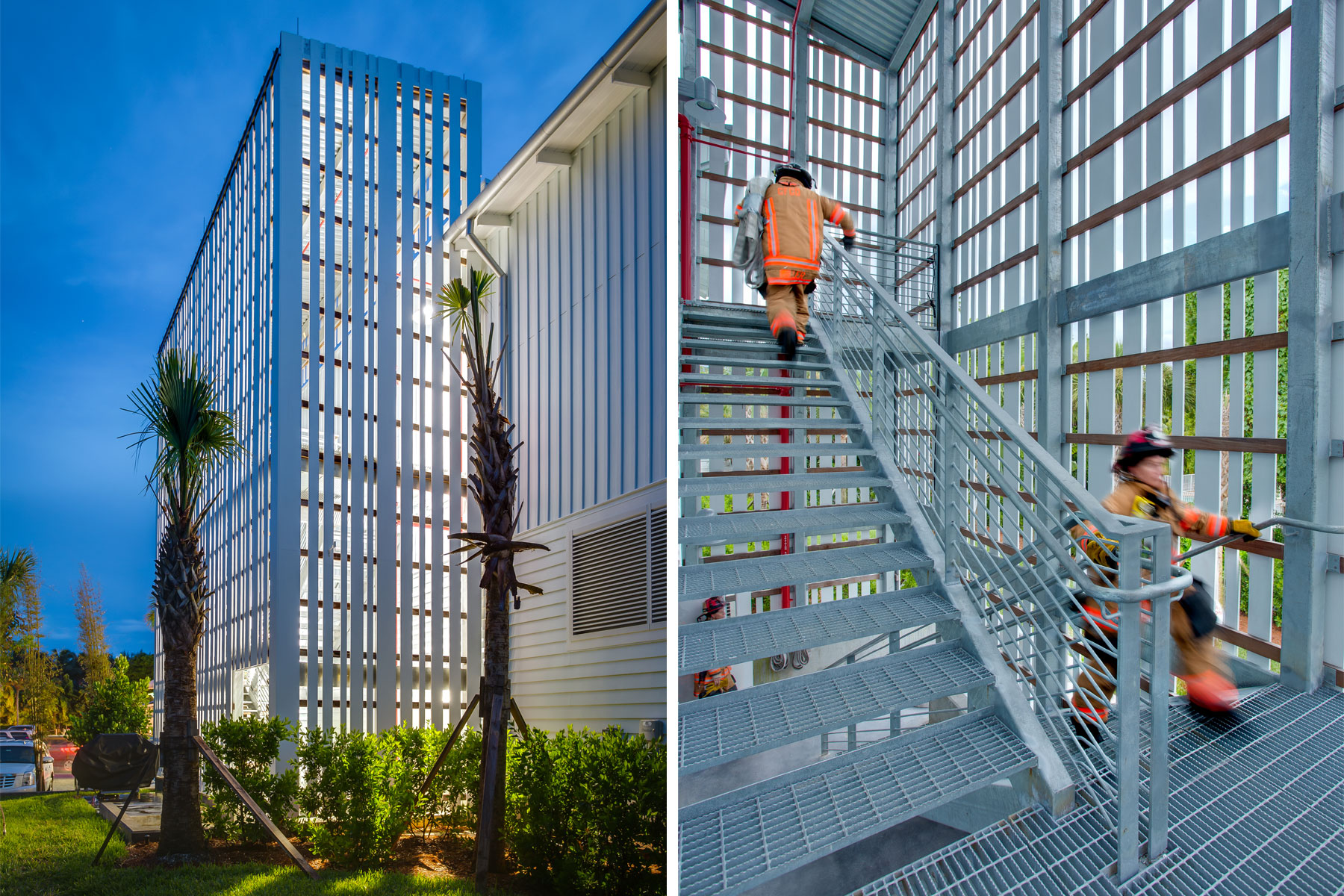 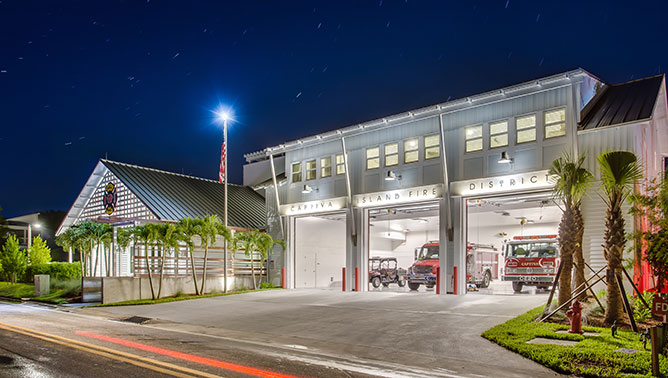 Captiva Island is located in Lee County, Florida, just offshore in the beautiful waters of the Gulf of Mexico. As a barrier island that has been impacted by a number of hurricanes, Captiva was seriously damaged in August 2004 when the eastern eyewall of Hurricane Charley passed over the island. The Captiva Fire Station, located in the historic district, serves as an emergency operation center for before, during and after these intense storms.

The Captiva Island Fire Control District had two mandates for the new station: that it be a building able to blend into the historic district and that it be strong enough to withstand the hurricanes. The design aesthetic is based on the island’s vernacular style of neighboring buildings, some dating back to the turn of the century.

This 9,000 SF, two-story fire station, completed in June 2015, includes three back-in apparatus bays with administration offices on the ground floor. Above the bays are living quarters with bunk rooms that accommodate six fire fighters. Also included in the new building is a fitness room, day room, report writing room and kitchen with a dining area. The site also houses a generator capable of powering the entire facility. Other site features include an underground stormwater and septic tank with lift station.