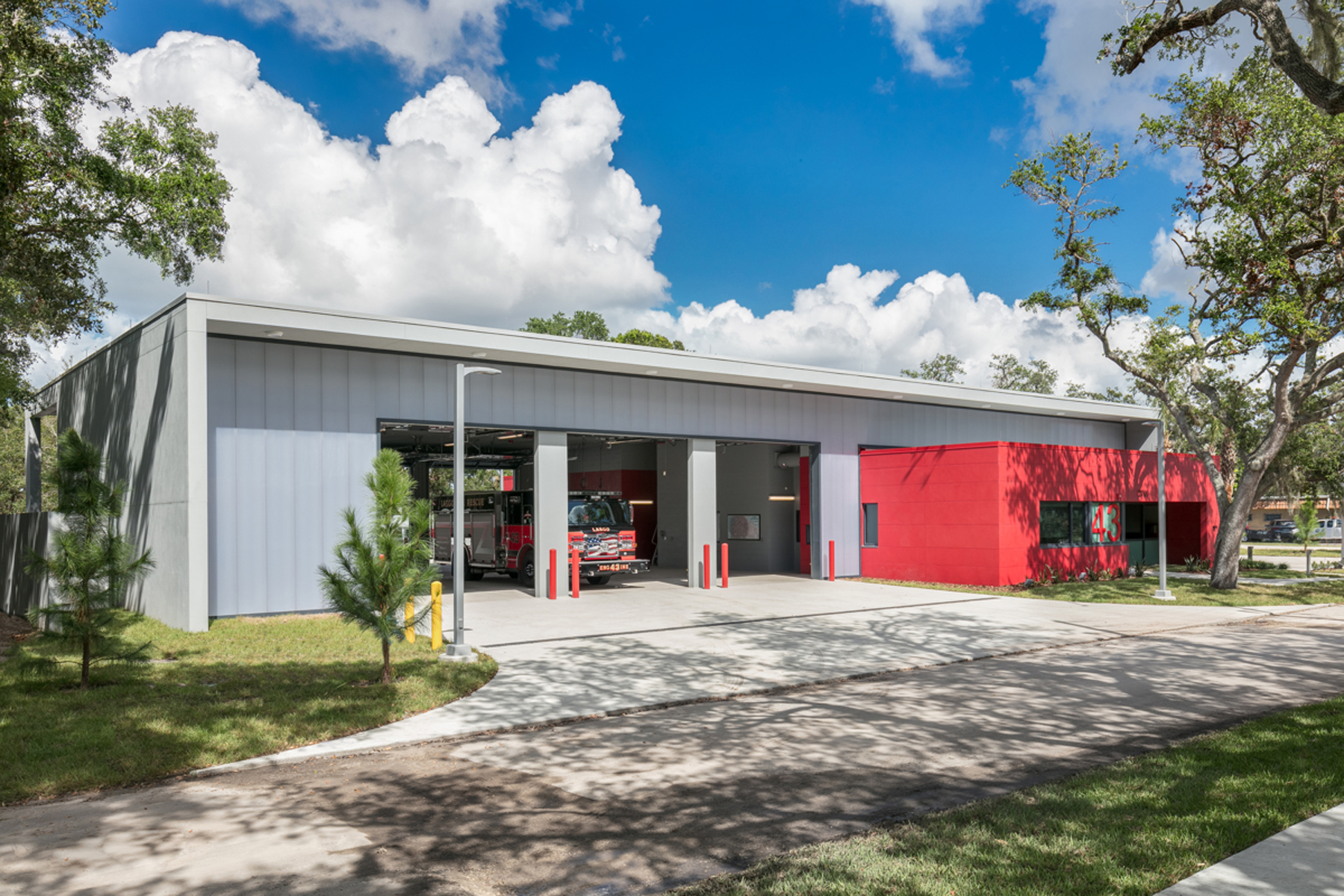 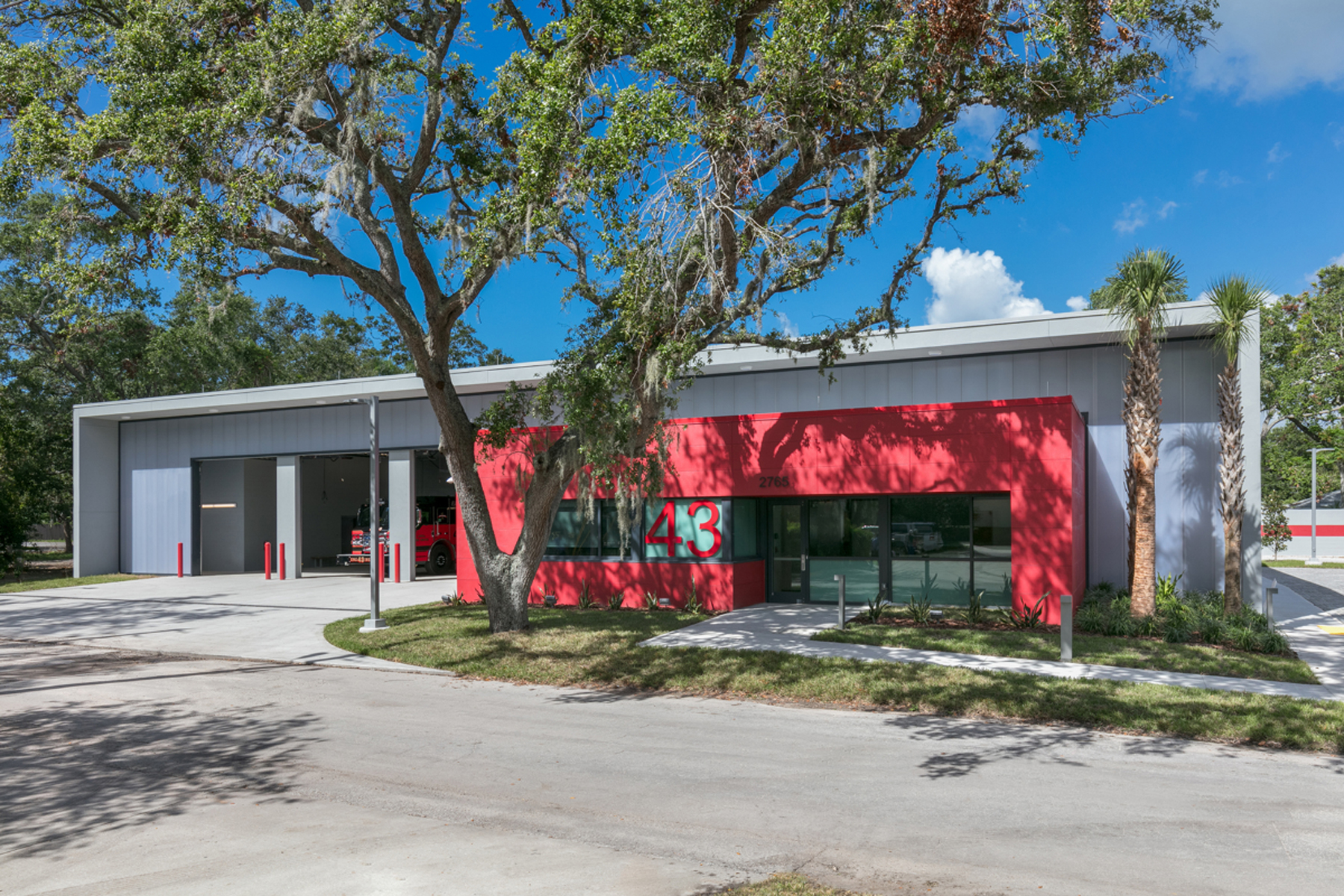 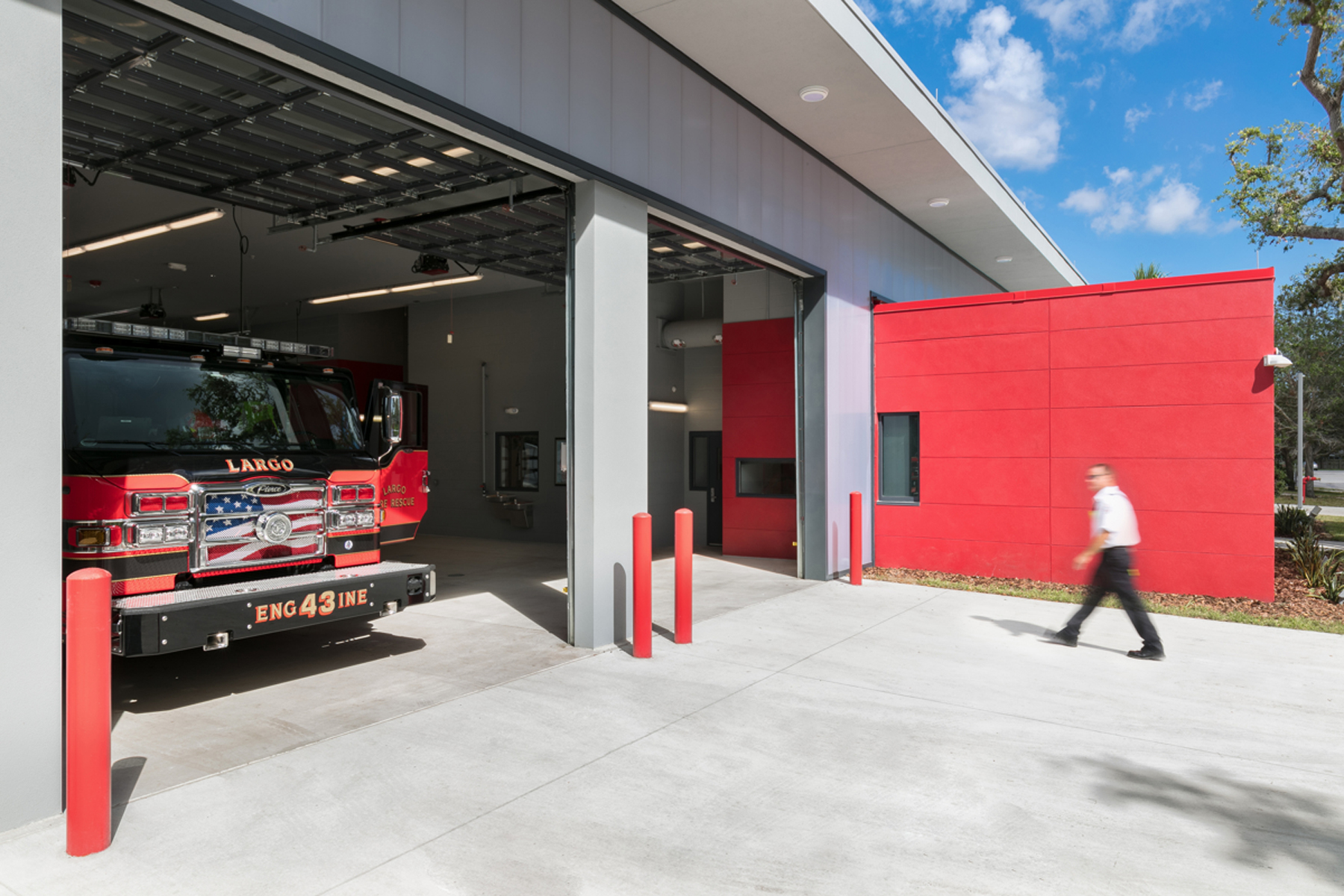 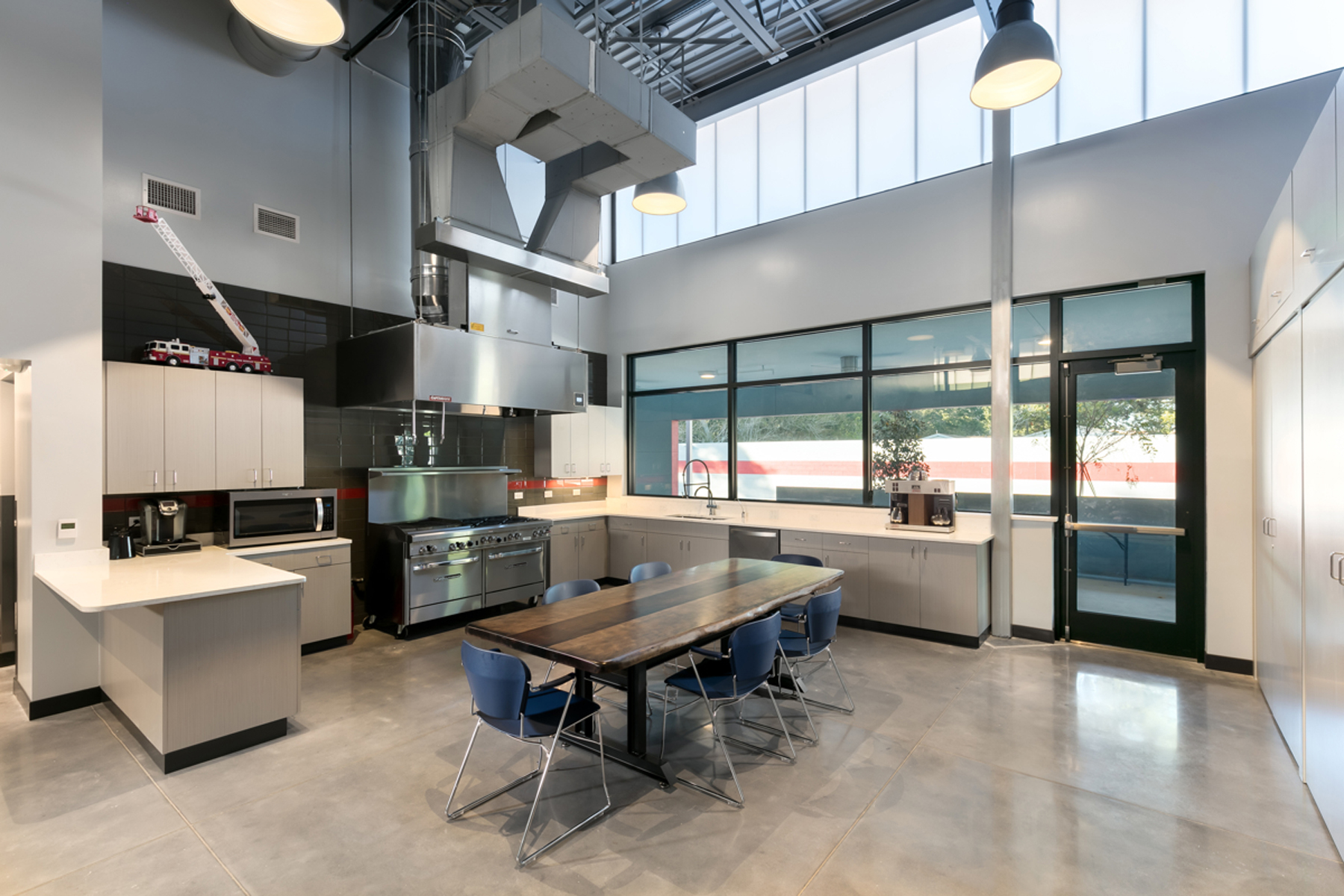 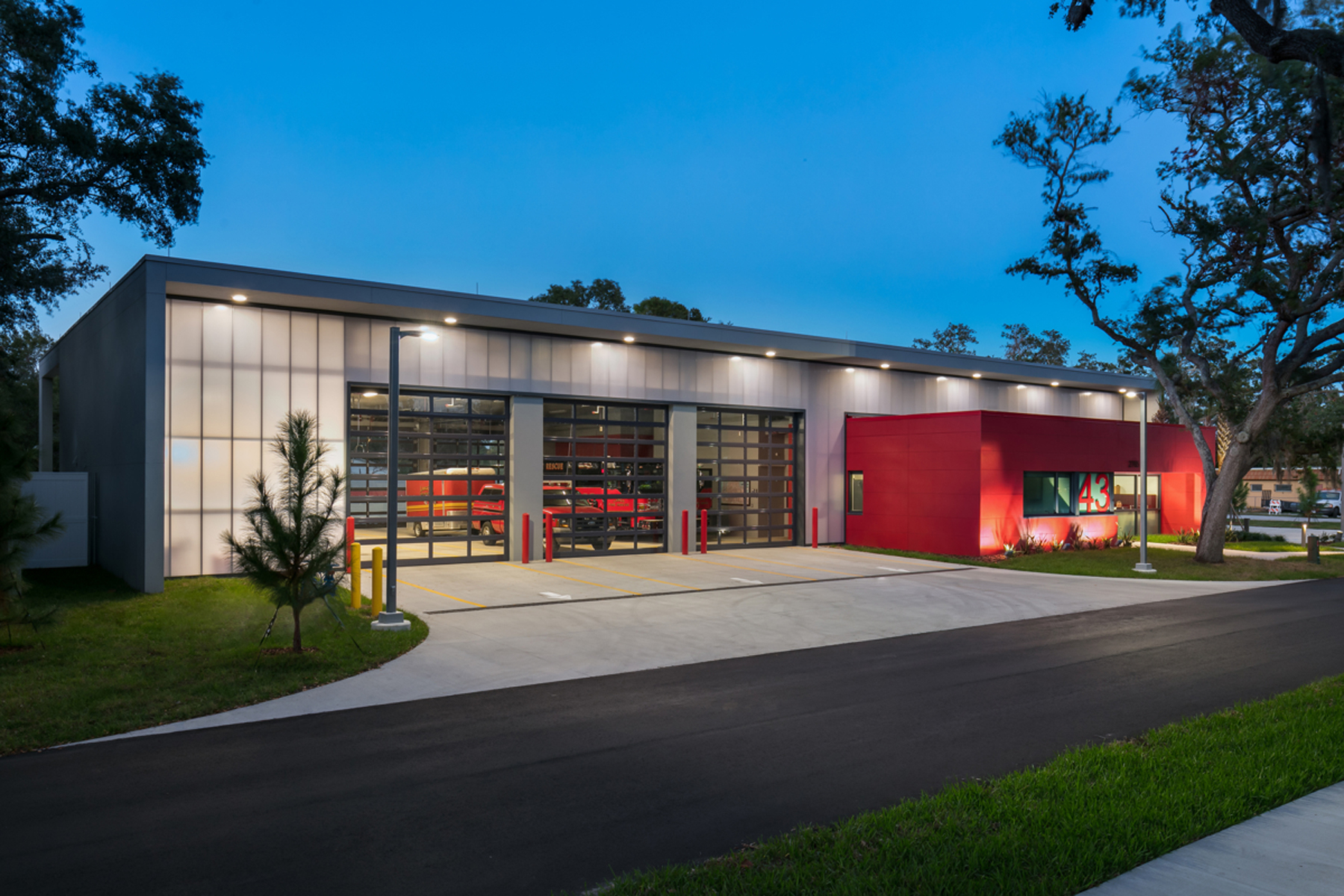 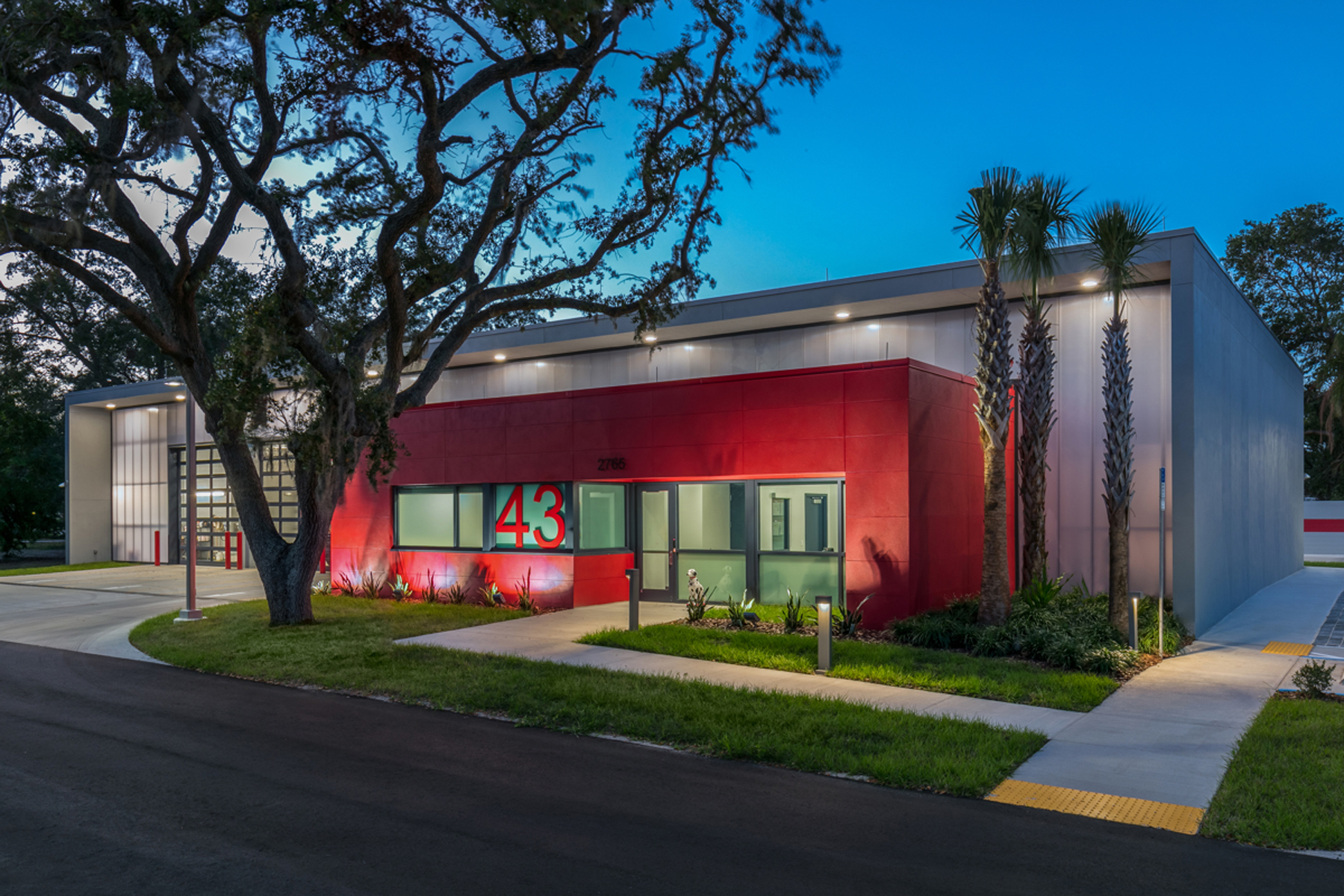 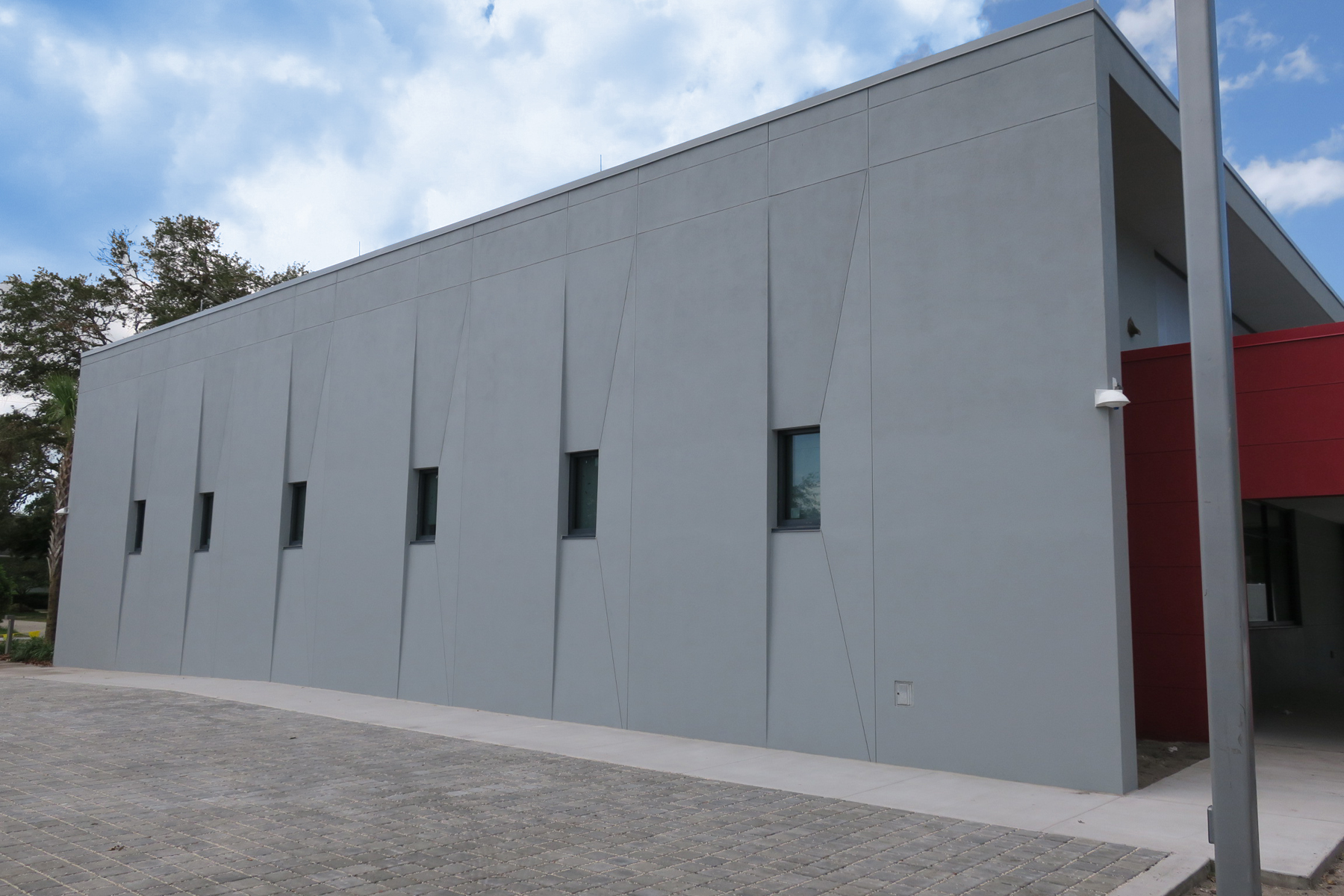 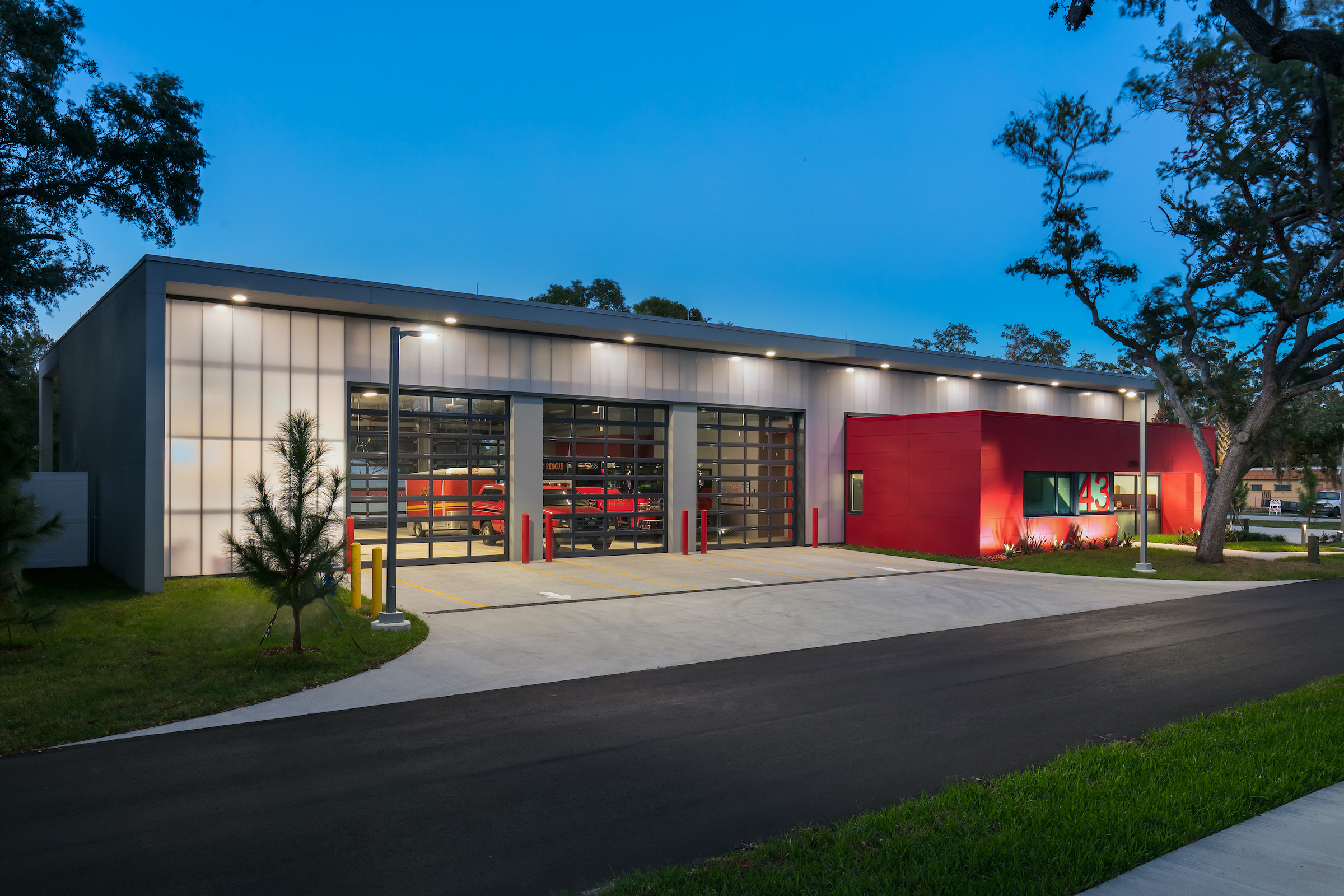 Largo Fire Station #43 was one of the most unique public construction projects ever seen. It is believed to be the only vertical construction project in Florida to utilize a joint partnership of four different public agencies.  It took just under one calendar year to build and the service area covers part of Pinellas County, the Town of Belleair, the City of Belleair Bluffs and the City of Largo.

This facility is a brand-new, state-of-the-art structure located in Belleair Bluffs, Florida with three drive through bays. The station is rated for a category 5 hurricane and includes over 4,000 SF of bay space and just under 4,000 SF of living quarters space.  It is managed and built by the City of Largo within and under direction of the City of Belleair Bluffs.

The ribbon cutting and dedication of the new Fire Station took place on October 12, 2017, with Largo Fire Rescue officially moving into the station on November 6, 2017, at which point the station began operating and fielding calls.